When IVF procedure has helped you with the conception, then the couples are usually more conscious to follow the precautionary measures, so that there is no risk for complications to occur. According to Dr Sumita Sofat pioneer of Sofat infertility and the women care centre, the best IVF Centre in Punjab, “After sharing sweets and warm hugs, the couple is sure to whisperingly ask the fertility specialists about whether they are allowed to have sex during pregnancy or not.”

“Sex During Pregnancy” has remained a disputable topic since time. Some people self-assume that it should not be done while others have no grounds of stating why is not harmful to do sex during pregnancy. In this blog post, we are going to discuss this topic from the IVF point of view.

To have sex during pregnancy is completely safe. But in case your gynaecologist or the fertility specialist has instructed you not to do it, then you are not supposed to deem it as a safe thing.

Sexual activity can never hurt the baby (either embryo or foetus). No matter, whether it is a penis or any kind of sex toy, they are never able to go beyond the vaginal cavity.

First of all, both the mating partners should accept the fact that the sex drive or the sexual urges of the female are completely normal to undergo a huge change.

In some cases, females are enjoying sex much more than ever. While in others, the female feel nauseous while having sex and thus do not want to have so.

With the progression in the pregnancy, both the orgasm and sex itself may or may not emerge out to be setting the mildest contractions. In that case, you are sure to experience the hardening of the womb muscles. This hardening is termed the Braxton Hicks.

The Braxton hicks contractions can be discomforting, but still, this is not an alarming condition. It is one of the natural and common things that happen during pregnancy.

Do not engage in intercourse during pregnancy if:

Is making use of the protections while having sex in pregnancy is important?

Either of the mating partners should make use of the protections like condoms, to make sure that the risk for the baby to get affected by the various sexually transmitted diseases can be completely mitigated.

Which sex position should we avoid?

Several sex positions are sure to be avoided like the female coming on top of the male (if and only if your partner penetrates you deeply).

Sex during pregnancy is one of the taboo kinda topics. Like menstruation, it should also be emphasized to be discussed openly. 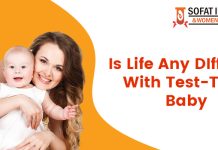 IVF treatment: How is it like to live a life with a test-tube baby? 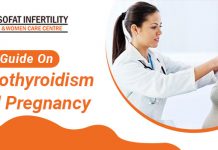 Everything you should know about Hypothyroidism and Pregnancy 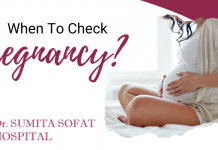 Are home pregnancies to be taken by the females conceived through IVF?