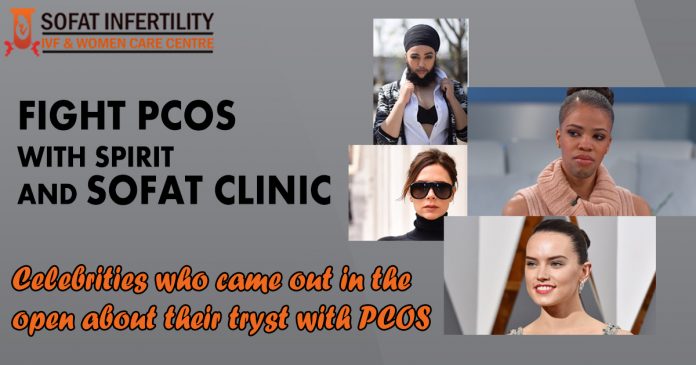 When it comes to reasons for infertility in women, PCOS claims a major portion of the probable causes. It is the acronym for polycystic ovary syndrome (PCOS). It is a disorder which is related to hormonal imbalance. It is a very common disorder which affects women of reproductive age. It usually manifests in the form of menstrual problems and high androgen levels.  It calls for early diagnosis and treatment to prevent complications later on. Apart from making the women infertile, the condition could result in various health problems which might be detrimental to the overall well-being of the woman.

The symptoms of the condition vary according to individuals. Some individuals may experience irregular and infrequent menstruation. The gap between the periods may be more than usual and some women might experience fewer than nine periods annually as compared to twelve which is the normal count. Physical signs such as excessive facial and body hair, acne, and male pattern baldness might also be seen in certain cases. Another common symptom is that the ovaries do not function properly. One must see a doctor soon for PCOS treatment as soon as they have their diagnosis with them. It will be beneficial for the woman concerned.

Jillian Michaels -The celebrity trainer has been frank since the day one about her condition. She has spoken at length about her struggles and trials owing to fertility problems due to PCOS and endometriosis. She went in for adoption to experience the joy of motherhood. She has maintained herself very well with the right exercise and diet regimen.

She is the famous lady with a beard who has the guts to face the world with her hair covered face. She is a leading activist and holds a  Guinness Book Record. She has never felt the need to change her appearance which is due to her PCOS.

The charming star wars actress found out that her acne was the side effect of her PCOS. She came out openly on the social media regarding her condition and symptoms. She further messaged to the world that there is only one body we have and one should do everything to take care of it.

She has spoken about her condition openly and takes great pride in keeping her life on tracks by maintaining her physical and mental health. She also emphasized on giving top priority to ensuring one’s well being. She also faced fertility issues but was never the one to give up in any battle. So there she stands, victorious over her condition and becoming an ideal role model for women who love to love themselves.

The Doctors, a talk show had invited Diamond over for sharing her account and talking about the facial hair growth she experienced as a result of PCOS. She had been at the receiving end of constant bullying due to her unusual facial hair. The show helped her diagnose that she was suffering from PCOS. She fought the condition with as much courage as she had faced bullying. Kudos to the woman power shining through in the above accounts.

What Is Infertility? Diagnosis And Treatment Of Infertility: Dr. Sumita Sofat