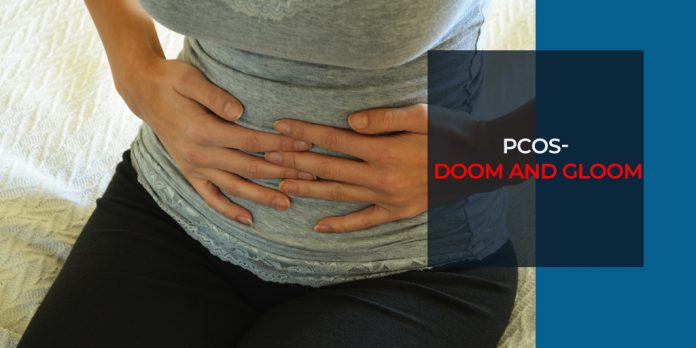 In the contemporary epoch which is based solely on a sedentary lifestyle, there is an endless list of disorders and diseases which have reared their ugly heads. The most basic of all diseases and health-related issues is the sudden increase in weight, ubiquitously known as obesity however if taken in medical consideration also called PCOS (Polycystic Ovary Syndrome). As the name implies, this particular disease is prevalent only in women! Sherlock, ain’t I?

PCOS is a term concerned with certain derangements in hormones explicitly related to the women of the reproductive age. The procreative age lies between 15 and 40.

Below are the common cases in which this disarray of hormones take place.

As per the repercussions are concerned, PCOS is the door for faraway happiness.

The reproductive system gets jammed because of the accumulation of eggs leading to less or intermittent menstruation thus blemishing the chance of conceiving. In this case, there are chances of miscarriage and premature birth as well.

Obstructive Sleep irregularity directly correlates with insulin resistance. If one is unable to get a sound sleep at night according to the set biological clock as a consequence, it will be hard to keep up with the day’s schedule.

The lifelong situation when the blood sugar levels are skyrocketing and is left unused.

Is it even possible in the life of the fast lane to stay unburdened due to the gradual escalation in weight? Nah! PCOS leads to depression and anxiety disorder.

Unfortunately if left unchecked, this petty issue in the initiation process could turn out to be lethal and fatal.

This acquisition of blood results in bloating and fattening of the area near the abdomen. The bulge is named fat by the laymen whereas it is indeed a grave issue which needs to be talked wisely.

PCOS gives birth to extreme diabetes and cardiovascular ailments resulting fatal in the long run. These symptoms are also accompanied by masculine baldness, acne, and hirsutism. The most loathsome of all is the Hirsutism which can be found conformably in almost every woman, also commonly known as facial hair.

This door of impending doom can be brought closer to the proximity of closure by following certain traditional patterns which had been followed religiously in families for centuries together. A balanced diet can ameliorate the condition. To bring better results and fast recuperation, a nutritious diet along with exercise can lower the chances of obesity and can mushroom the growth manifold. 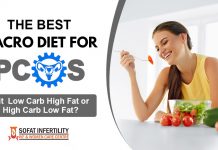 The Best Macro Diet For PCOS

How Dr Sumita Sofat Helps Women With PCOS to conceive?

If I am suffering from PCOS and my husband is from low sperm motility, then how to get pregnant?