Indeed, life is a race! I became more intrigued by this quote when I watched one of my favorite Bollywood movies “3 Idiots”. Did you know that to become who you are, there was a specific sperm that traveled a mile faster than the rest to fertilize the egg? It wasn’t a mile, but we have to say that there is a battle that kicks off before fertilization occurs.

It all begins with ovulation, ovulation is the process by which a mature egg is released from the ovary and sent to the Fallopian tube where it meets the sperm and then fertilization occurs.

Sperms are released from the testicles and travel all the way from the man’s penis to the woman’s uterus and then to the Fallopian tube to meet the egg.

The fertilized egg will then travel from the Fallopian tube to the uterus and implantation will occur, hence becoming pregnant (woman).

The more sperms released through ejaculation the more chances of pregnancy assured.

What does Low Sperm Count Mean?

A male has to hold 39 million cells per milliliter at least for fertilization to be assured. However, fertility experts at the leading IVF centre in Muktsar explain that any amount below 39 but not lower than 14 million can make a woman pregnant provided the sperm morphology, and motility are normal.

Low sperm count is described as the situation in which a man has fewer sperms in the semen, which is normally less than 15 million. Having a low sperm count doesn’t mean that a man can’t impregnate a woman, but the chances of pregnancy are reduced.

Are you trying to conceive?

More than 25% cases of infertility are associated with male infertility. The fertility causes are generally centered around sperms that are triggered by both obstructive and nonobstructive causes.

Both partners (man and woman) are evaluated at our IVF centre in Tarn Taran to ascertain the major causes of infertility. In this case, low sperm count is the cause of infertility, different solutions are developed to combat the issue.

What are various solutions to Low Sperm Count?

The modern medical technologies in the fertility sector provide different solutions to both male and female infertility. In the case obstruction that can occur in the sperm passage, it can surgically be corrected.

Medications to increase sperm production can also be provided to eliminate the factor.

ICSI or IUI are possible treatments to low sperm count factor. The IUI treatment requires the sperm to be introduced into the woman’s uterus via her vagina for fertilization to occur.

With the ICSI, the sperm is prepared in the laboratory and injected into the egg. Once fertilization occurs, the embryo is transferred into the woman’s uterus for implantation.

The ART procedures at the IVF centre in Ajnala are precisely and effectively performed to increase the success chances. Visit the fertility experts to know more about your fertility status. 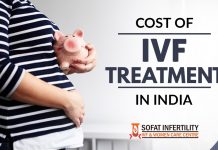 Relationship between Endometriosis, Fertility and Pregnancy