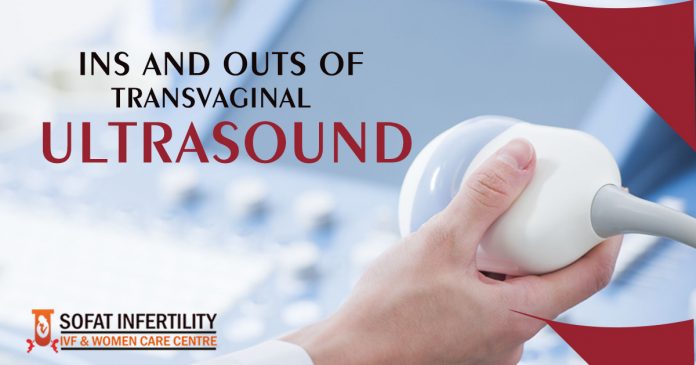 There are various medical procedures and tests which are carried out these days to discover the root cause of any medical problem that a person is suffering and to get as much clearer picture of the issue as possible. Some commonly known tests and procedures are ultrasound, X-RAY, blood test etc. A test that has emerged in the recent past is a transvaginal ultrasound.

WHAT IS TRANSVAGINAL ULTRASOUND ?

A transvaginal ultrasound is done to examine the vagina of a woman. Whereas, a commonly done ultrasound requires a handheld device which examines the body externally; a transvaginal ultrasound examines the woman’s vagina internally by placing of a tool inside her vagina. The female organs which are examined are uterus, fallopian tubes, ovaries, cervix and vagina. It is not done on a routine basis and not usually suggested by medical practitioners unless and until some medical conditions require it.

iii) Discovering the source of any abnormal bleeding

The transvaginal ultrasound requires a tool which is known as an ultrasound probe. The probe is approximately 12inches long and a few centimetres being wider at the tip. It is first covered with a condom and some lubricating gel is applied to ensure as much comfort as possible. The woman undergoing a transvaginal ultrasound may require having a partly full or empty bladder. Also, she is required to wear loose clothes or change to a gown provided at the laboratory where the test is conducted. The probe is inserted around 2 to 3 inches deep inside the vagina and moved in around there to have a clearer picture of the problem being examined.  The probe releases sound waves that give a view of the inside body and these rays are transmitted to the computer which is translated in the form of images.  The time duration of this process may vary from a few minutes to around 60minutes. The process itself is not painful but yes it may be discomforting. Generally, the discomfort is bearable for the female but if it is not so, it should be immediately reported to the examiner.

The cost of transvaginal ultrasound like all other medical examinations varies from laboratory to laboratory as well as place to place. There is no fixed minimum or maximum price for the same. Different radiologists or doctors charge differently for the same.

The results of the procedure are generally available immediately if performed by a doctor and take up to 24 hours when done by a radiologist. It helps in diagnosing several medical conditions such as:

Overall, the transvaginal ultrasound is a non-risky and painless procedure that helps in identifying and closely examining the issues arising in the female reproductive organ. It does involve some discomfort which is also quite bearable. 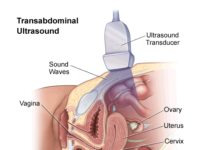 A Transvaginal Ultrasound and why it is performed