It is shocking fact to know but it is true that there are seasonal sperms as even we can observe that in autumn and winter there are bumper crops for new babies now studies have stamped on this fact that in early spring and in winter released sperms are healthiest one.

This fact has been proved on the basis of the samples of sperms of 6000 men that were supposed to get treatment for fertility and then this surprising fact come in front that sperm samples in the moths of winter and spring were healthier than taken in other months.

IVF experts have reveled that in winter and spring semen analysis has proved that there is greater sperm count with faster swimming speed and with few abnormalities so healthier than the samples in other months.

So this season pattern can be beneficial for the couples who are struggling due to male partner infertility this season facts can enables them to take advantages.

If 70 days had been taken as average time for the production of sperm cells then researchers have found that this production of sperms is healthy in chilled season. For instance if men produced 70 million sperm per milliliter of semen then 5% out of it in winter season is more fertile, speedy and having motility that can give advantage to couple for conceiving and it is 3% in the spring season. 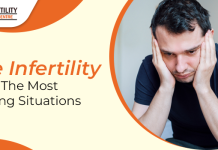 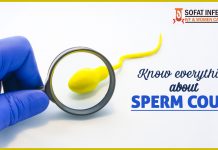 Guide On How To Analyze The Sperm Report For Male Infertility? 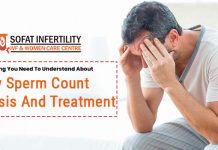 5 Common Ways To Diagnose Male Infertility And Its Treatment