Cervical Mucus Tracking Method, During Ovulation, Symptoms, Treatment and Prevention. In the cervix of the female, there is gel-like discharge, which we know as cervical mucus.

The consistency and the amount of the cervical mucus keep on getting changed throughout the menstrual cycle.

Hormonal fluctuations are responsible for stimulating the cervix for mucus production.

With cervical mucus, you can predict your pregnancy.

CHANGES IN THE CERVICAL MUCUS:

Each female has a different amount, colour and consistency of cervical mucus. So comparing your cervical mucus with the mucus of other females and reaching the conclusion is not a good idea. 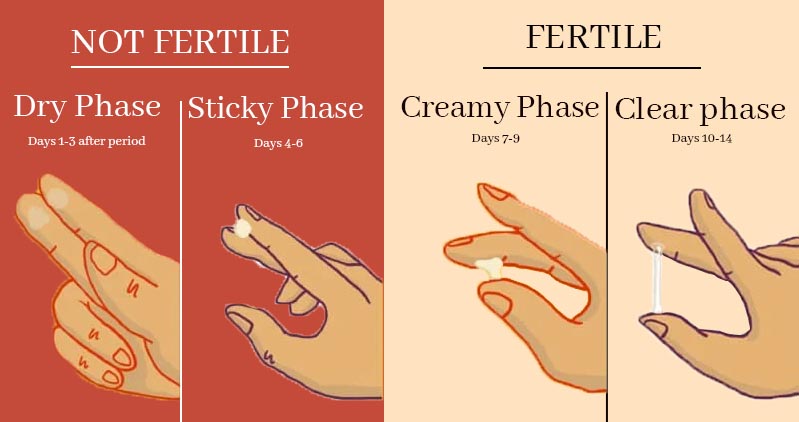 No Mucus During Periods and after ovulation

When the girl is on her periods, then the period blood covers the mucus entirely. So you would not be able to see the mucus until your periods are over.

A lot of mucus during and before ovulation

Before the egg is released, then your reproductive system will produce a lot of mucus. You may feel the urge to change your panty twice or even thrice a day.

IT COULD BE DIFFERENT IN MENSTRUAL AND OVULATORY DAYS

During wet days, your mucus could be either white, yellow or cloudy.

The consistency of mucus in the ovulatory days is significantly different as compared to the other days. It could be stretchy and gluey.

WHAT HAPPENS BEFORE OR DURING OVULATION?

When you are about to ovulate, then your estrogen levels are significantly rising

The texture of the mucus becomes conducive for shielding the sperms. With the grading texture, the sperms could not get attacked by the harmful toxins and thus will maintain the quality

When the woman is on her periods, then the pH value turns acidic and thus the perms could not survive inside the uterus. But no sooner than the sperms get entered in the reproductive system during ovulation, the pH value highly contributes to the survival of the sperms in the uterus and thus they can get the pregnancy maintained.

Once the woman is pregnant, the cervical mucus is the first thing that gets changed in the texture, thickness and consistency.

When you have successfully achieved conception, then immediately after implantation you may notice some of the blood spots. These spots indicate that you have conceived successfully. This spotting can happen within two weeks after conception.

How does the mucus appear during the early pregnancy?

The mucus may appear stickier either of the whitish or the yellow colour. Also, you should know that the consistency and the colour of the mucus keep on getting changed with the progression of the pregnancy.

Why don’t you get pregnant after intaking birth control pills?

How To Track The Cervical Mucus? 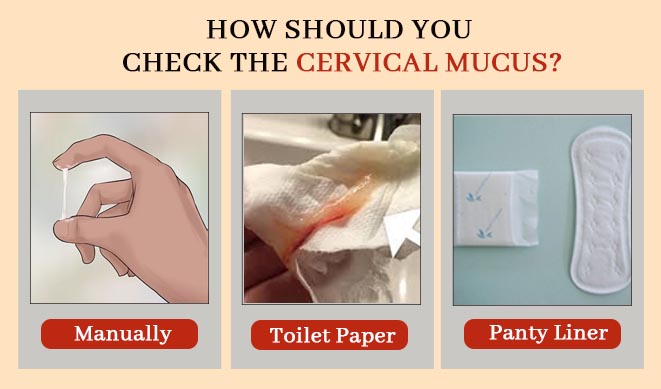 You have to track the colour, consistency and texture of your cervical mucus. Following are some of the ways with which you can do that:

Your body temperature significantly rises when you are ovulating. When this happens, then try to have unprotected sex. By doing this and continuing practising the cervical mucus method, you can surely predict your ovulation.

You should keep a proper check on the menstrual phase and the ovulation days. For this, there are so many mobile applications like ‘MY CALENDAR’, which I use to track my periods.

With home pregnancy tests, you can ascertain whether you are pregnant or pregnant. And thus you can logically take the consistency factor into account.

WHEN TO APPROACH DOCTOR?

If your vaginal discharge is abnormal and you are encountering the following changes in that, then you should surely approach the doctor:

If the colour of the mucus is any of the following, then it is the serious reproductive problems that needs to be discussed with a gynaecologist:

In case you feel itching and inflammation or burning sensations while the vagina discharges the fluid, then it signifies that something is wrong at the bottom.

If your vagina stinks whenever you release the discharge, then it indicates that the discharge is full of infection.

Many women do not know that releasing the cervical mucus is an important part of the female reproductive system. Do seek the help of a reputed IVF centre or gynecologist in case you experience itching, redness, burning, swelling and other abnormal conditions.